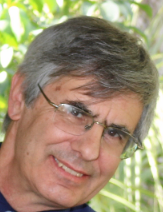 Why does more frost damage occur with high residue, along field edges, and with cultivation or N side-dressing with knife before frost?

Recent damage to crops was higher for cropping systems with high soil residue cover during frost situations. Microclimate research shows that crop leaf temperatures in these systems can be several degrees colder than for residue-free soil due to less soil radiation supplied to plants from the soil (Bland, 1993). Residue intercepts radiant heat from the soil, which results in cooler leaf temperatures. Plants with even small residue-free areas over the row, such as for strip-till, can often escape frost damage under conditions such as we have experienced recently.

In past years, we have observed more frost damage “to the row” where in-season N was applied by knifing in anhydrous ammonia the day before the frost compared to adjacent rows without this soil disturbance. Even very slightly disturbed soil can be drier and looser which also results in less radiation supply from soil to plant leaves (Bland, 1993).

A bit more unusual consideration is that residue may have served as a source of ice-nucleating bacteria. These bacteria can increase the leaf temperature at which ice formation occurs (Arny et al., 1976). Corn and soybean typically have very low numbers of these bacteria associated with leaves early in the growing season. A local inoculum source such as crop residue could elevate populations of ice nucleating bacteria, and thus increase the temperature at which ice formation is initiated. Ice-nucleating bacteria may be less likely causes of differences with more residue than lower soil temperature effects, but these bacteria have been documented to increase frost incidence on leaves in the past. Strip tillage could reduce this concern as well.

Increased frost damage for rows along field edges could be due to drier soil (with therefore less soil radiant heat capacity to plants) due to extraction of soil moisture by deep-rooted perennial plants (mostly grasses) along field edges. Tall grasses may also shade and therefore cool the soil. There may be other factors involved as well.

Insights on these explanations or other ideas and 2021 observations from the TopYield.Ag network are appreciated!

See article at this link for more background on the science and agronomy behind these explanations and observations. doi/full/10.2134/jpa1995.0203

the effect of residue on soil temps is a big reason why harvesting residue reduces the optimum N rain rate in the northern, rainfed Corn Belt. Lower soil temps = lower N mineralization. And N mineralization is the largest source of crop N uptake regardless of N fertilizer rate.